The story of a transformation from dream to reality by learning from failure. 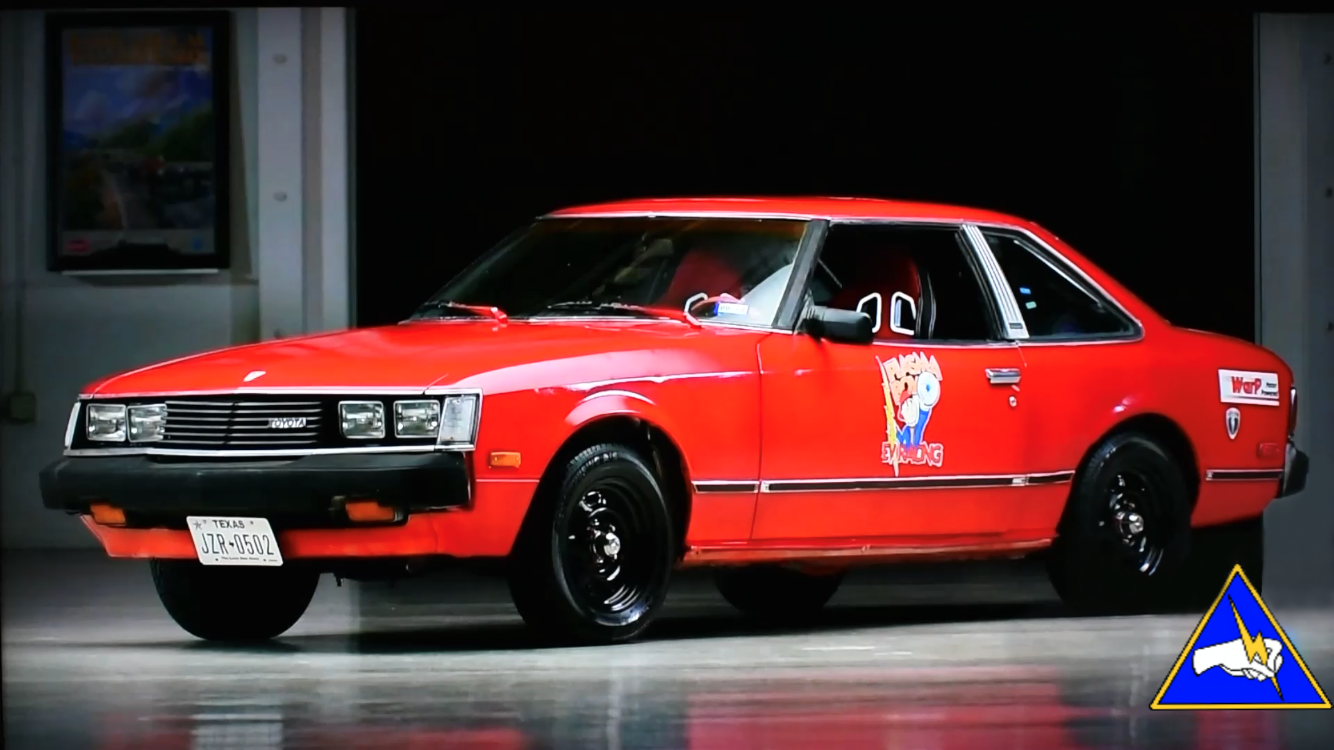 The final rebuild of the Toyota Celica consisted of a new Tesla powered battery pack, and new component layout design. The battery pack consists of 7 Tesla modules wired in series, and a new Orion BMS system. The battery pack was built and placed only behind the seats, no more batteries in the trunk!

This 1996 Toyota Celica was build using the same components from the Original Electric Celica build after that car was totaled in a collision November of 2018. The new Celica has a slightly smaller battery pack due to the damage done in the accidents in the past, but the rest of the components were cleaned up and simply put right into the new car. The new Celica has power windows, power convertible top, a wonderful stereo with apple car play, air conditioning, heat (soon), power steering, power brakes, and upgraded performance brake setup in front. 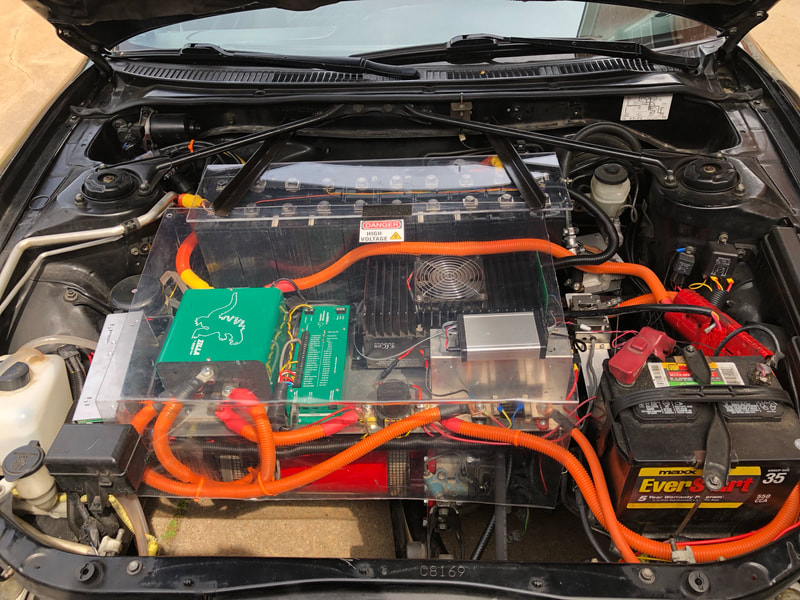 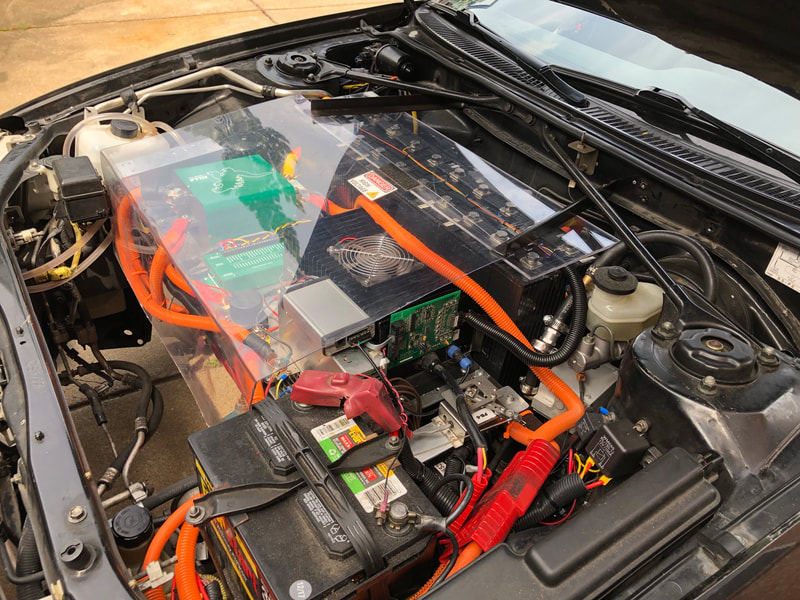 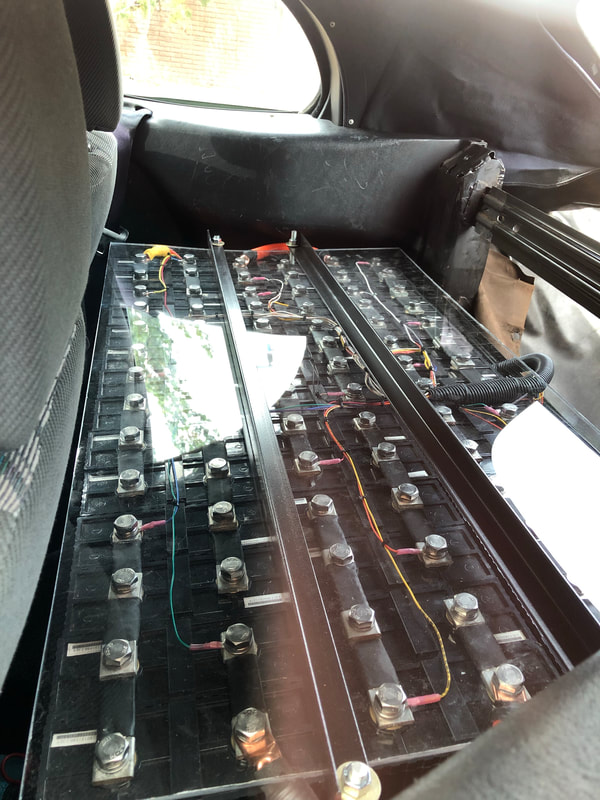 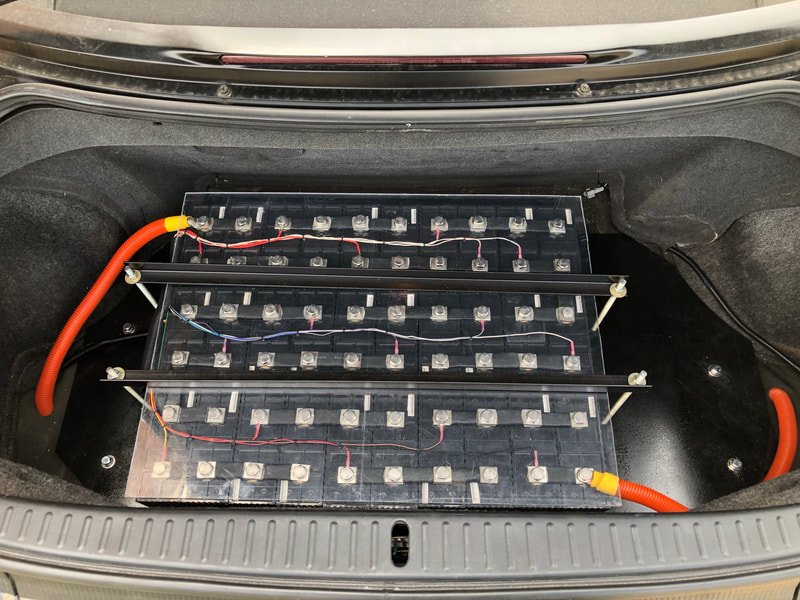 The Original All Electric 1980 Toyota Celica

This 1980 Toyota Celia has undergone several versions but has finally settled down on a 30 kWh lithium ion battery pack. Drive train, battery pack, and many other parts have gone through significant changes to reach where it has today. The car (to date) has been taken apart and reassembled 52 times in counting in order to work out every part the car. Each time the car was taken apart, it would not be reassembled unless at least one thing was improved on it. 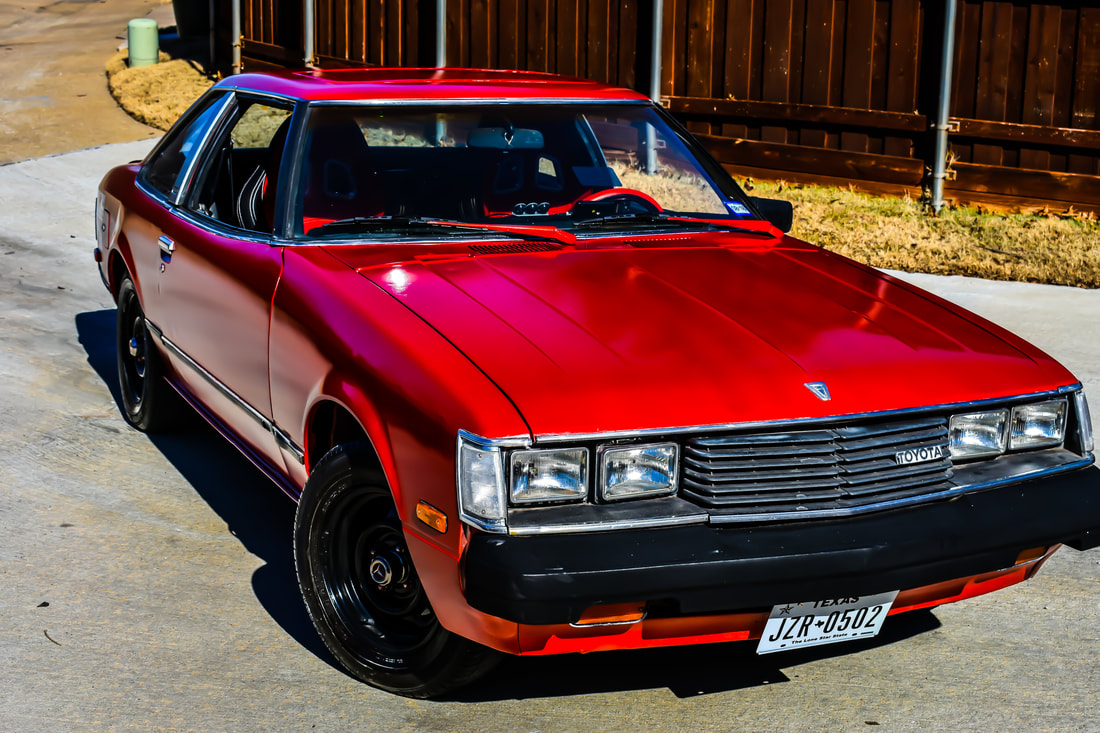 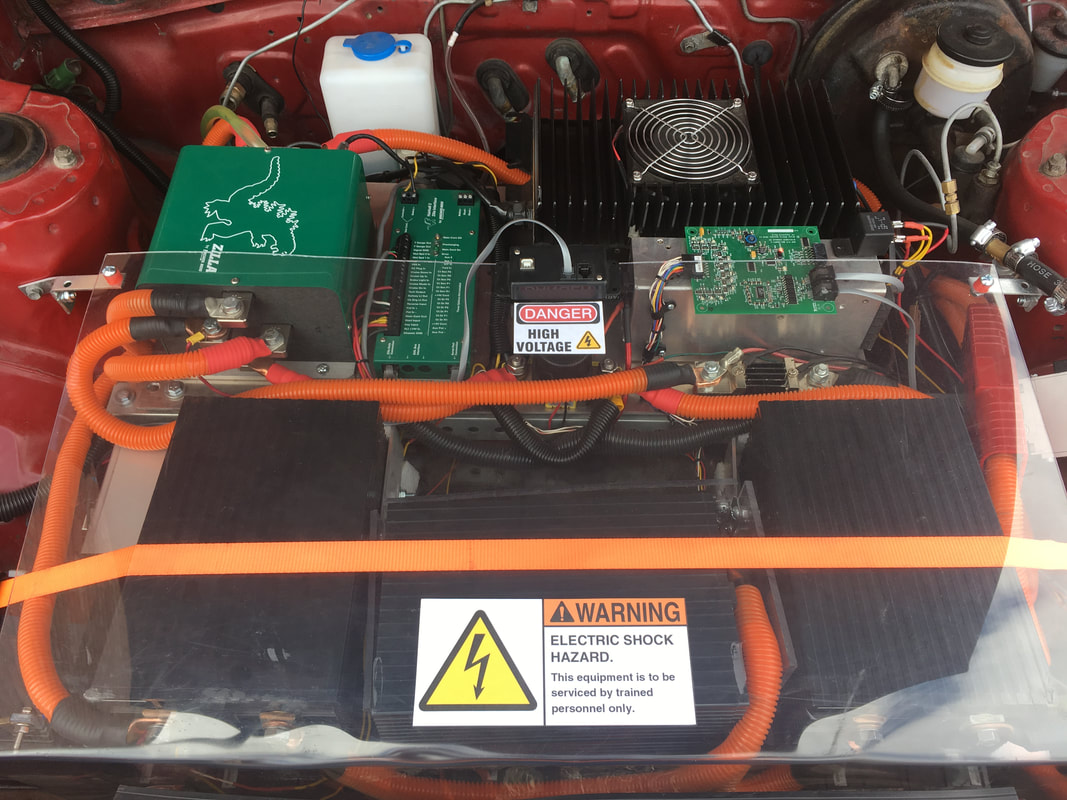 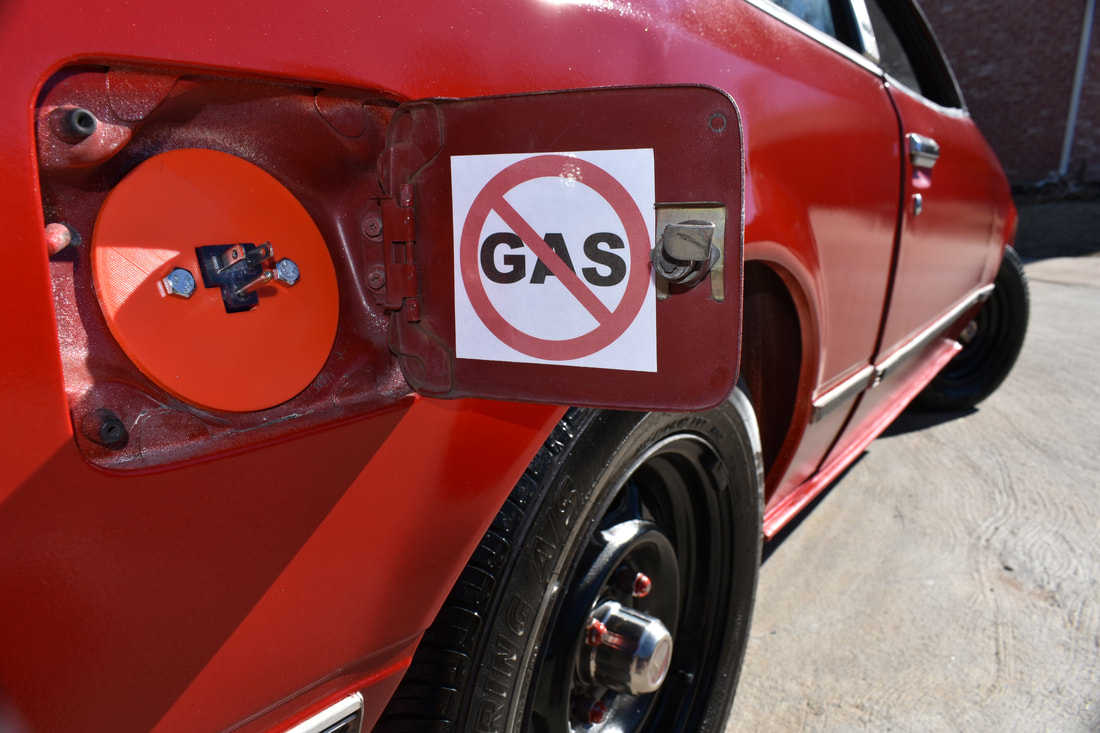 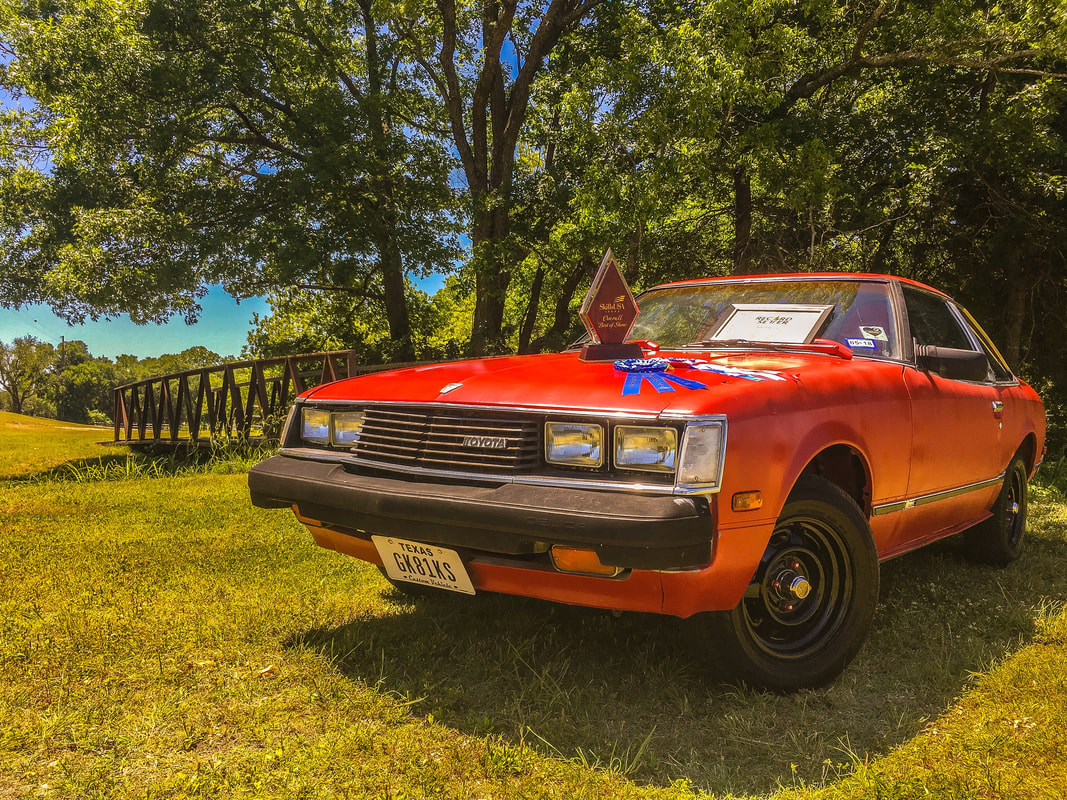 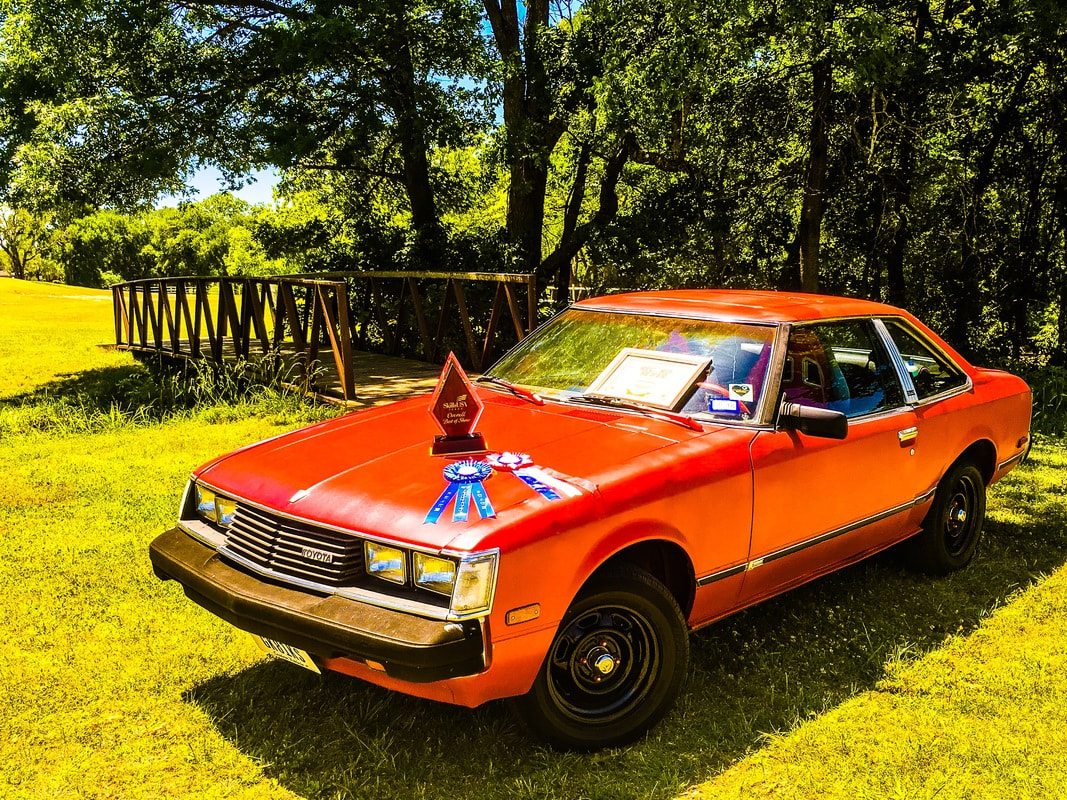 Drivetrain was the same 9" DC electric motor as always, except direct drive to the transmission through two jaw type couplers. The motor side coupler was easy to get, however, the transmission side required much more ingenuity. It was eventually decided to get an old 1980 Toyota Celica clutch disk, punch out the center splined portion, and then have it carefully welded into the transmission side coupler. This was not a bad drive-train as I later learned, but the end failure of this inefficient, loud, and obnoxious version was the misalignment caused by all of this and the adapter plate (from motor face to transmission bell housing). This version consisted of a Curtis 1231C 500 Amp motor controller, which after a while, the plug braking on it ended up ruining the motor.

This version featured a wonderful motor controller upgrade with a Zilla Z1K 1000 amp controller. This controller added the amazing electric power that this car was lacking. Every part of the input and output of the Zilla is fully adjustable, and made a much greater experience in building and driving the car. This version also consisted of a drive-train overhaul, taking out the old jaw couplers and adapter plate and replacing them with a new pre built adapter plate motor hub, the factory clutch, flywheel, and pressure plate. This version took the most failure to correct, but eventually the drivetrain was much better and operated smoother than before.

Thanks to The Core IV and PlasmaBoy Racing, I was sponsored with brand new 30kWh lithium iron phosphate cells. The pack consists of 94 Powin 100 AH cells wired in a 2P47S configuration. This new battery pack would extend my range from 12 miles to a whopping 100 miles! (driven conservatively)  Every bit of this car was filled with these new cells!

The accident- rear ended by a RAM Truck-final rebuild to current version...

Rear of the car is hit while stopped by the truck going 45 mph. 3 of the cells are punctured and can no longer be used. Luckily no one was hurt, and the inertia switch that was installed a long time ago into the car which shut off the entire car the INSTANT of impact of the collision. The rear body of the car was also badly damaged, and the super rare tail lights were all smashed to pieces. Although this was the saddest part of this entire conversion, it turned out for the best because the car is rebuilt once again, and this time, it was built the way it always aught to have been. The motor shaft was also cracked and caused the entire drive-train to fail, which was caused by the motor hub being moved out farther on the motor shaft as mentioned earlier. Special thanks to Mitch Medford and Aldo Noel for help with some of the much harder bodywork that was needed after this collision. Also special thanks to John PlasmaBoy Wayland for helping through a very frustrating motor rebuild/modification to the NetGain 9 inch electric motor. Thanks to Netgain Motors for helping source the brand new armature after the accident.